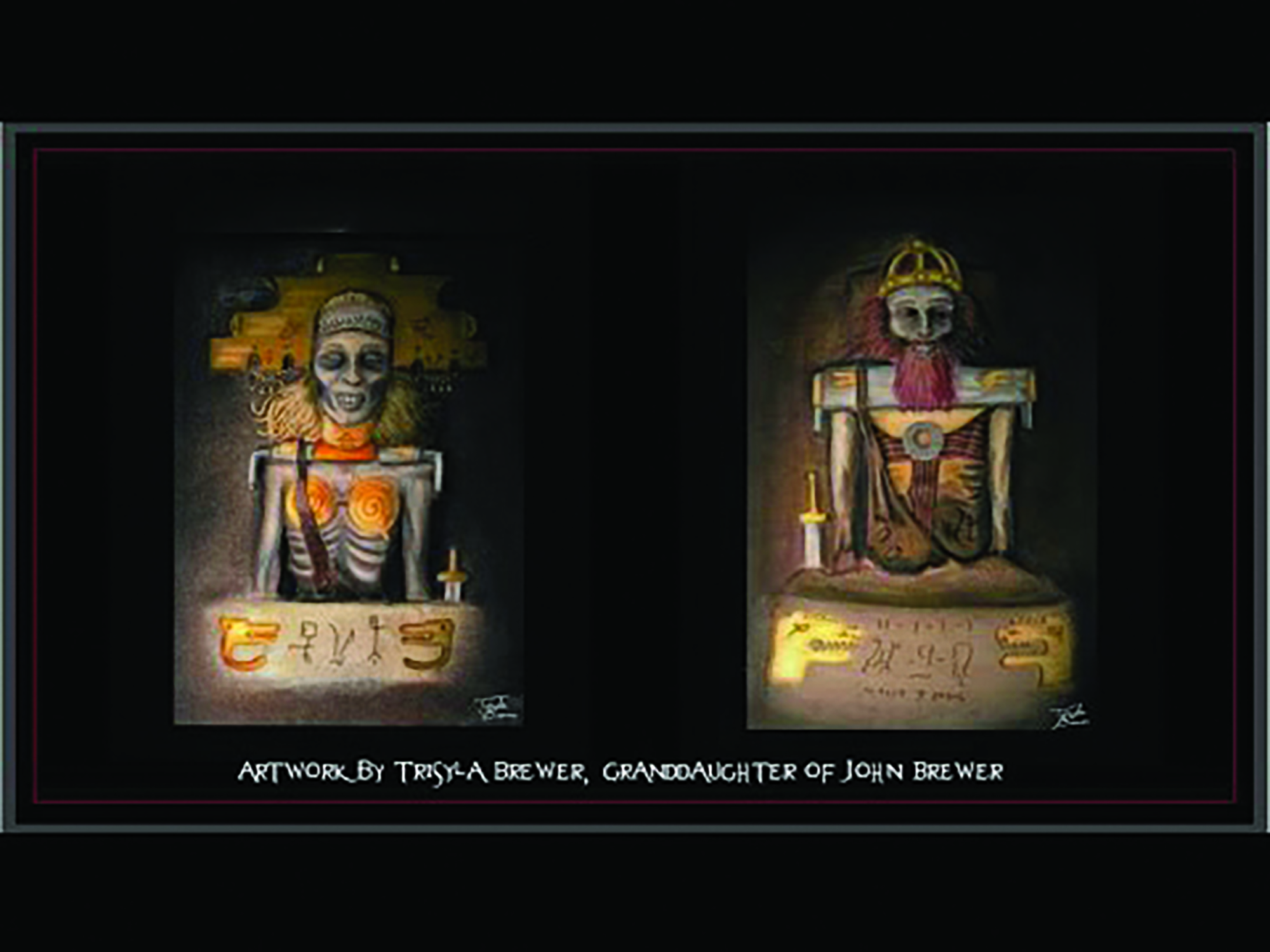 Lots of speculation exists about the story of John Brewer and his cave. I myself am part of that speculation but Utahna Jessop is quite convincing in her lecture, “Nephilim Giants found in Utah, Brewers Cave Untold Story.” She brings forth many points and many accounts that leave you wondering if this is an actual story or just superb folklore with doctored artifacts.

The story begins in the 1950’s when a man, John Brewer, supposedly stumbled upon a cave. The cave opened into a chamber and what drew him in was the amount of soot he saw on the ceiling. What lay within the cave was seen only by Mr. Brewer and his son but he claimed he feared for his family’s safety and assumed the Smithsonian would discredit him immediately. Within the entrance he came upon artifacts which led him deeper, stumbling into yet another chamber. There he discovered enormous sarcophagi and precious metal plates placed in rock boxes with coatings of bark and timber. There were a number of other things he came upon like arrowheads, jewelry and pottery.

John’s son drew a rendition of the mummies that you can see in the picture to the right. (These ones were edited to liven young Brewer’s pictures but the image depicted remains virtually the same from the original drawings. Also pictured here is his rough draft of the architecture and layout of the cave. It is fascinating that this story has been preserved primarily by word of mouth.

Utahna states the male mummy was 9 foot 2 inches tall with a shoulder width of 3 to 4 feet, while the female mummy was 8 foot 10 inches tall. This is the part of the story that leaves me skeptical, as no one has found the mummies and no pictures exist except for the drawings created by Brewer. What is especially riveting are the plates that were claimed to be found within the cave. Gold and copper plates with strange archaic text imprinted on them were housed in stone boxes that were carefully wrapped to prevent weathering (pictured on the far right). These are the plates Brewer was accused of doctoring and creating himself but there are hundreds of accounts by people claiming to have seen and held them.

Some of the plates were said to be so fragile they would shatter like precious china upon a drop. It sounds difficult to me for man to create and engrave something so fragile with ancient-like writings on them. Ancient Historical Research Foundation carbon dated the boxes 10 times to ensure their accurate measure of 5-390BC. A ring-like artifact found near the female mummy was authenticated to around 1200 BC.

The male mummy was said to have red hair, a copper armor-like breastplate and a crown or helmet of the same material. The female, who was blonde, also wore a copper/brass bust and had a magnificent head piece that bore similarity to a ‘tablita’ which is a native Hopi term meaning crown. The steps on the tablit symbolize a cloud altar or a stairway to the sky. The mummies were said to be in great condition and resembled a fine leather, bearing very few signs of wear.

Utahna attempts in her lecture to make a couple comparisons, one of which is Robert Wadlow who is supposedly the tallest man in recorded history. I disagree with this comparison because he was known to have a defect of his growth hormones, which led to an early death.

Utahna does display another photo of a 9 foot mummy supposedly found back in 1895. The picture is very old and could be real but it’s hard to say for sure.

Another intriguing thing about this story, whether it is a hoax or mythical tale, is it definitely isn’t the first of its kind. Utahna presents a map of the reports of giants across the country and it is pretty staggering to see. Put together by Cee Hall and posted on Graham Hancock’s official website, it’s clear that the story of giants or the “Nephilim” race has been a subject of controversy for many years. Like many scientists, Steven Jones a Physicist at BYU agrees that an admitted or authenticated discovery would rewrite our known history. 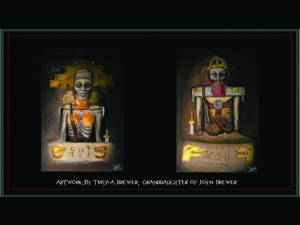 “Ancient Historical Research Foundation carbon dates the boxes brewer discovered from 5 BC. to 390 BC.”

I question the accuracy of this story due to the fact that I have not heard of many other discoveries of plates and Mormon lore involves Temple Hill (which happens to be near the cave), which was declared a sacred temple site by Moroni. There are also many other correlations with this story and the views of Mormonism but regardless it is not the only story of discovering giants. 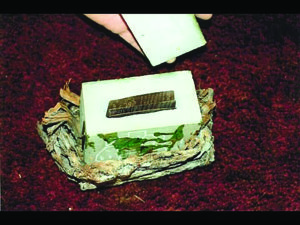 Terry Carter of the Ancient Historical Research Foundation has been on the hunt for Brewers cave for many years and now believes he is closer than ever.

He recently found items thought to have been used by Brewer when initially discovering the cave such as candles, tools, dynamite and carpet. Terry thinks he’s hot on Brewer’s tail to find what was left. 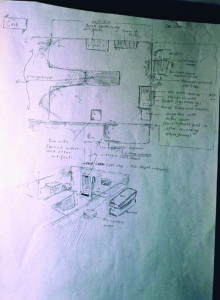 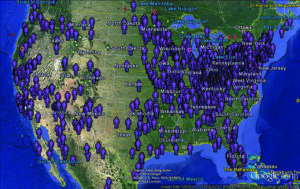 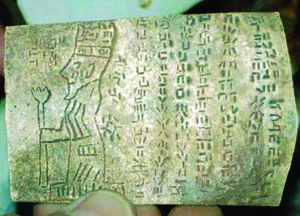