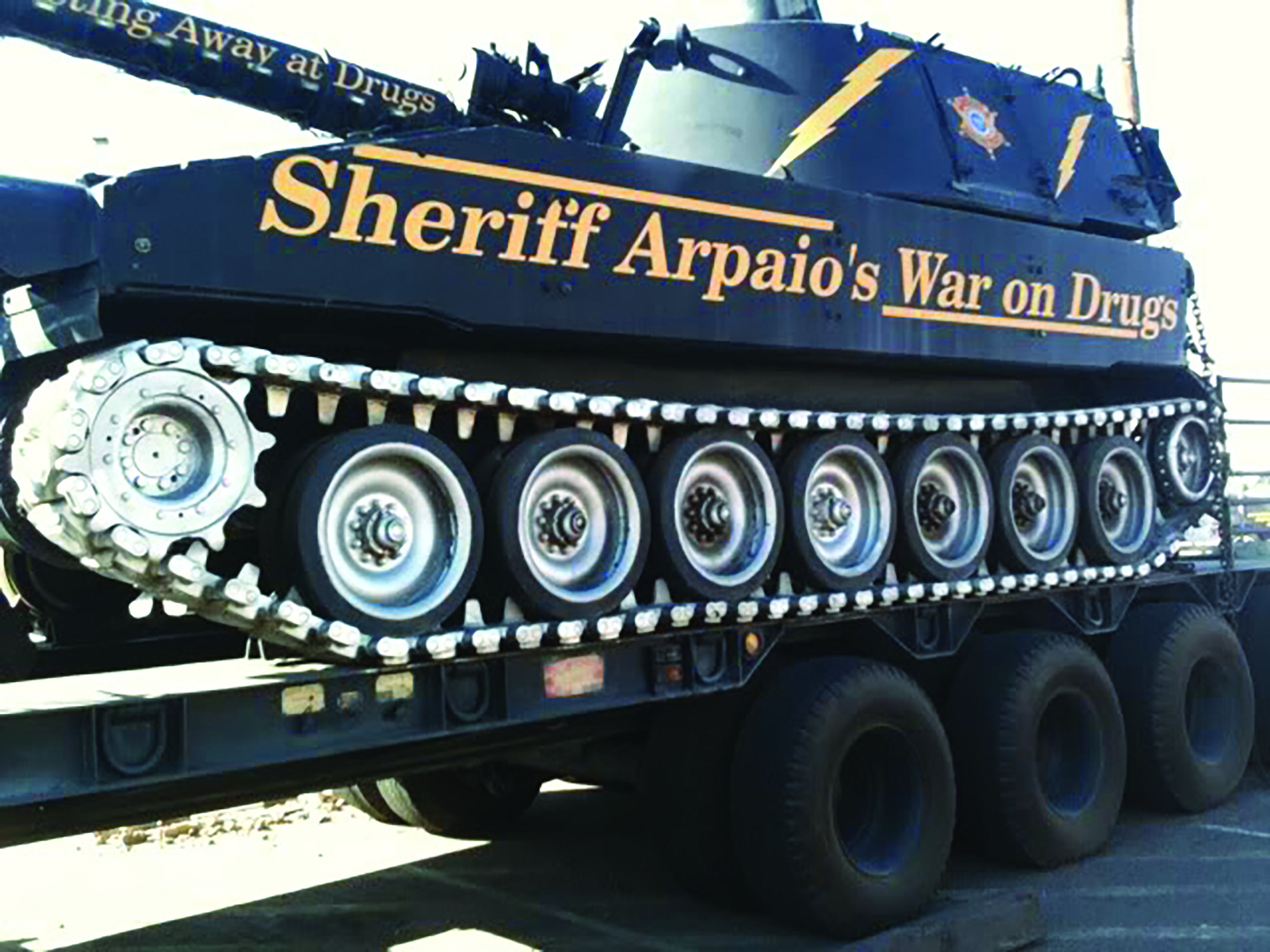 I don’t know where to start; the immigration enforcement that is also racially profiling, the criminal contempt charges the sheriff faces, the inhumane tent city ran under his rule, or the man’s disgraceful attitude. Sheriff Arpaio has been the elected official of Maricopa County for the last 24 years, since 1993. I can’t say he’s been in the wrong the entirety of his tenure but at least in the past 8-10 years corruption and insolence have seemed to follow his reign.

Many witnesses claim to have been investigated or have illegitimate charges brought against them if they challenged his authority. A New York Times reporter supposedly threatened the Sheriff with a metallic object. This instance captured on video was no more than a tape recorder held by the reporter while he tried to ask the Sheriff a few questions. I guess he must have asked the wrong one?

A large portion of the community the Sheriff enforces has become fed up with the way he treats the people and the way he “enforces” law. Activists have stated, “We risk a future police state, if people like Arpaio are not stopped.” Arpaio openly said in 2008, “What I give the press doesn’t matter, they can witness my actions.”

Not in MY House

In the same month, he told the people of Guadalupe, “If you don’t like the way I operate, get your own police department.” Now I’m not one to believe everything the press says because they, just as every person, have been known to stretch truth, but your actions truly do speak for themselves, Joe. On September of 2008, The City of Guadalupe filed a lawsuit against the sheriff for canceling police force services over council and public criticism. Guadalupe had criticized the sheriff because earlier that year the small ONE square mile town was turned into a police state with over 100 deputies on bikes, horses, cars and a helicopter; all to enforce.

Mr. Arpaio’s immigration initiatives. I don’t see how that could be justified in the slightest. You would pull that kind of reinforcement for the largest drug bust the state has seen, not to enforce or deport some illegals.

A Word From Your Council

Councilman Nowakowski of Phoenix states, “The problem is we are pulling over people for petty things such as a taillight out and immediately asking for their legal documentation, which is completely wrong.” Former US attorney David Iglesias was also quick to point out, “I have never seen this kind of act in our country.” It’s not only Latino discrimination but Native American as well, with reservations in the areas Arpaio dictates, neither seems to be safe.

On that note I’ll segway into his criminal contempt of court charges recently-filed and still being pursued. Brought forth by Judge Snow states that Arpaio has been intentionally violating court orders to cease his “immigration stops” and to stop violating the rights and civil liberties of the state’s people. The contempt charge could face fines and a sentence of six months in jail. Arpaio continued as he pleased for another 18 months after the initial order was given and Snow has decided to make an example of Arpaio. This does not come without justification from Snow as he and everyone else continued to see the sheriff and his deputies enforce immigration without a state crime committed or any sort of charges brought forth. Still people are being taken to Immigration and Customs. That is indeed racial profiling. It is also the Federal Government’s job to enforce the laws of immigration, not the job of the state acting as the “National Border.”

Trial has been postponed to April 4th and there is a concern for what may actually happen. With Obama out of office and Arpaio being an advocate supporter of Trump, we may see a plea bargain or perhaps even a pardon before then. Additional charges may be brought forth in the meantime because Arpaio was also found withholding evidence such as 50 hard drives and nearly 1,500 identification cards that were confiscated. US marshalls were ordered to take custody of these items which could lead to an additional obstruction of justice charge. Of course, the sheriff believed this was all a ploy of the Obama administration attempting to influence his re-election. Regardless if that was their intent or not, Sheriff Arpaio has been continuously in the wrong and shows no remorse for it. Judge Snow willfully stepped away from the case so as not to discriminate against Arpaio because he holds such strong feelings against him. Judge Susan Bolton has been assigned by lottery to take over the case and will oversee it from here on out.

A Burden to Bear

The sheriff’s actions have cost the state and taxpayers millions of dollars over the course of his rule due to lawsuits and settlements to inmates and family for prisoner injury and even death. The numbers aren’t exact, some sources say upwards of 50 million and others say it’s more in the ballpark of 75 million. What’s for sure is that the penny pincher has cost his communities more than he has likely saved them and he is now asking for their help in his defense of Criminal Contempt. Arpaio states the predicted cost of defending these charges is poised around 45 million or more and he does not have the personal wealth to compensate that amount.

“I’m an equal-opportunity law-enforcement guy – I lock everybody up. “
-Joe Arpaio

According to Associated Press, he has 8 commercial retail properties worth around 2 million, a house worth about $400,000 and is compensated a salary of $100,000 yearly. The state has said it will not grant Arpaio tax money for his case as he is the one that willfully broke the court order and they have paid enough in fines, settlements, and bereavement. Looks like Joe is on his own this time around.

One of the biggest controversial things about the way Arpaio runs his law enforcement is his infamous “Tent City.” To me it seems nothing more than a concentration camp. Two meals are given a day, paid for by the inmates forced to wear pink underwear with Joe’s egomania stamped over them, and now a no-meat policy that’s suppose to “save money” for the taxpayers. In 2008, a judge found that Arpaio’s jail did not meet constitutional standards for food quality, access to recreation areas, temperatures, and the availability of medical and mental health. In the heart of Arizona the temperatures can reach peaks of 120 degrees with the inmates having no ability to cool themselves. It’s like leaving a dog in a locked car during the summer. Bystanders will break windows to rescue them but what are the inmates to do? A couple years later Arpaio is still failing to comply and his prison is the first to be under investigation by Amnesty International for receiving an excess number of complaints regarding inhumane treatment. It seems to be a blessing for the populace of Maricopa County to have elected a new Sheriff, regardless if the charges affected his campaign election or not. Hopefully, we will see a new wave of justice conspire for the people and inmates. Less discrimination and no more repeat violations of civil liberties or rights. 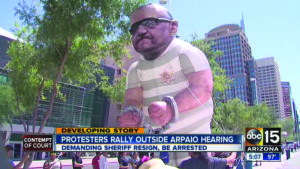